Stuffed and Unstrung (referred to as "Puppet Up!" in dialogue) is a live stage show presented by the Jim Henson Company under their Henson Alternative banner. The show evolved from Henson's previous production Puppet Up! - Uncensored, which combined puppetry and improv comedy. "Stuffed and Unstrung" marked the debut of a completely revamped production featuring all new technical effects and original music and staging. The show was originally produced by WestBeth Entertainment and Henson Alternative.

"Stuffed and Unstrung" is a madcap multimedia romp in which the skilled art of puppetry and comedic intelligent nonsense collide. Unpredictable, irreverent and rebellious, it’s never the same show twice as a team of expert puppeteers sets off on a trail of twisted sketches and songs at breakneck pace while interaction with the audience prompts the spontaneous storylines unfolding on stage.[1]

Created by Brian Henson and Patrick Bristow, the show is lasted for a special 10-week limited engagement which started in March 2010 at the Union Square Theatre in New York. With live musical accompaniment and Bristow as host, "Stuffed and Unstrung" features a cast of six puppeteers.

“ What we're doing now is we took what was at the essence of the show [Puppet Up!], which was puppeteering and puppets for camera. Cause that's what our puppeteering is, always for camera. In Puppet Up! - Uncensored there's a camera on stage. In Stuffed and Unstrung there's a camera on stage. It's all about puppets on camera. With Stuffed and Unstrung everthing has just been amped up quite a bit, and there's a lot more cool, clever camera techniques that are being utilized so that basically what we're doing with the camera is just as advanced as what we're doing with the puppetry. So we just basically took the essence of Puppet Up! and just made it bigger. ”

"Stuffed and Unstrung" pays tribute to Jim Henson, with re-creations of two of his most famous routines. "I've Grown Accustomed to Your Face" features a female puppet (Leslie Carrara-Rudolph) singing the classic song to another puppet (Brian Henson) who scarily changes features, while "Java" depicts a violent brawl between two creatures trying to dance to the rollicking Al Hirt instrumental track. Brian Henson says he'd like to put more vintage sketches into the show. "They’ve aged beautifully," he says. "They’re still hysterical. Some of them don’t even exist on film or videotape. So I’m thinking of trying to get my mother to teach me the pieces that she knows."[3]

The show also featured the return of Bobby Vegan and Samson Knight (characters first seen in the Henson Alternative pilot Tinseltown) as the fictional producers of the stage show. The duo appears in a pre-taped video introduction and segments for the show, and were featured in the show's promotional material.

Bobby Vegan and Samson Knight (characters first seen in the Henson Alternative pilot Tinseltown) have been promoted as the fictional producers of the stage show. A promotional Twitter account and Facebook page were established with regular updates from the two characters as they prepared for the show's debut - Bobby being focused on getting the greatest talent, and Samson more interested in the show's new technology.

A commecial with the pair pitching the show was also produced and aired to promote Stuffed and Unstrung coming to the Union Square Theatre.

Two comical online videos featuring various puppet auditioning for the show were posted to the Stuffed and Unstrung YouTube channel in March 2010. The videos feature Bobby and Samson along with an alien, an old man, a green crab, an armidillo, and a duo named "Frank and Beans" (featuring a man and a hotdog). 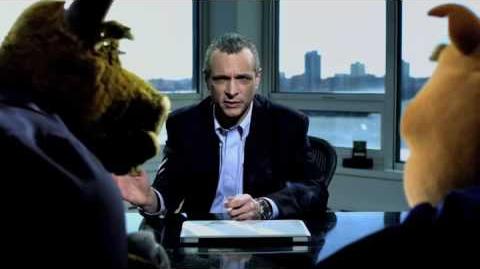 Stuffed And Unstrung - The Pitch 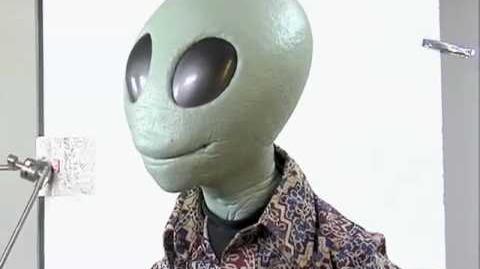 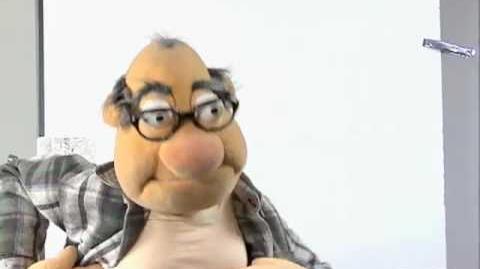