Late Night Liars, an original late night comedy game show produced by Henson Alternative for GSN. The series aired on GSN in the summer of 2010 on Thursdays at 11:00PM. Actor-comedian Larry Miller served as host of the game which featured puppets designed by the Jim Henson Company. The show premiered on June 10, 2010 on GSN. Eight 30-minute episodes were produced, along with numerous web videos.

Larry Miller commented on his involvement in the show, saying:

“ I look forward to working with GSN and Henson Alternative to carry on the wonderful tradition of game shows such as "Hollywood Squares" and "Match Game" that gave me so much pleasure as a kid. Jim Henson made a great discovery many years ago when he realized that pretending puppets are people is far easier than dealing with people who are puppets. ”

In each episode, two human contestants face off against the panel of four celebrity puppets. Whichever contestant can distinguish fact from fiction best will escape with prizes and cash.

In the first round of the game, a question or category is posed and each puppet provides an answer - two are truthful, two are lies. The contestants attempt to distinguish the truthful statements from the false statements by identifying one of the liars. Cash is awarded for correctly identifying a liar. In the second round, three of the panelists give accurate answers; while one panelist is a liar. Again, the contestants attempt to identify the liar to earn cash.

In the third round, a category is announced and each contestant pick a panelists who then gives a statement based on the given topic. The contestants must decide if the statement is true or false. Cash is awarded for correctly identifying the panelist as truthful or a liar.

In the final round the contestant with the most money moves on to the "two topic showdown." Two panelists give rapid-fire statements on select topics. With 43 seconds on the clock, the contestant must decide if each statement is either "true" or "false."

After each round, the weasel updates the audience on the scores; and a short comedic bumper featuring the various puppets panelists is shown before each commercial break. The show also opens with a comedic cold open featuring Larry and the panelists.

Late Night Liars was created as a comedic celebrity panel game show in the tradition of "Match Game," "Hollywood Squares," "To Tell the Truth" and "The Gong Show." 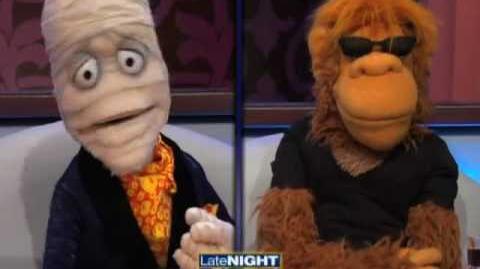 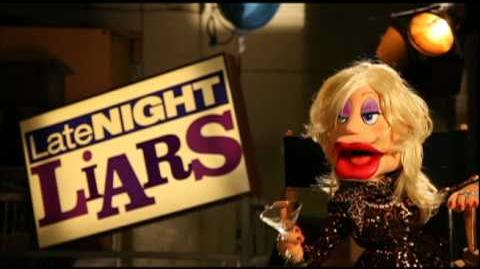 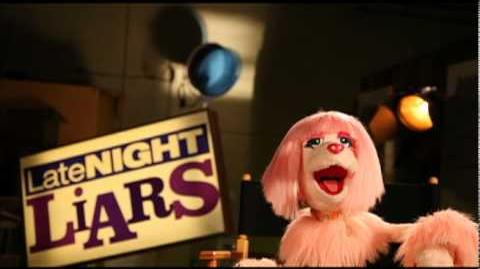 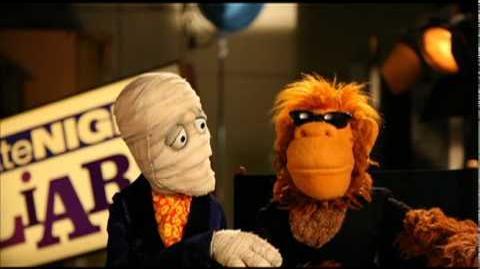 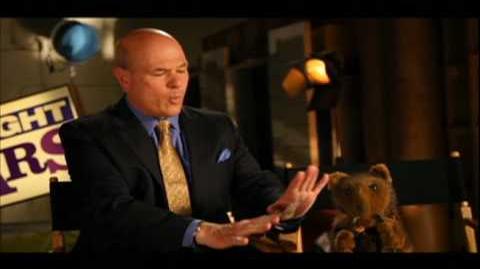