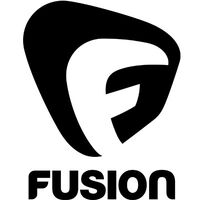 Fusion is an American news, pop culture and satire TV and digital network airing on digital cable, satellite, and online and mobile platforms. Launched in October 2013, the channel was a former joint venture between the Disney-ABC Television Group subsidiary of The Walt Disney Company and Univision Communications. In 2016, Disney sold its stake to Univision. In 2017, the channel was renamed Fusion TV.

The network aired the Henson Alternative shows "Good Morning Today" and "No, You Shut Up!"