A trio of crabs (consisting of a red crab, a blue crab, and a green crab) have appeared in various Henson Alternative productions.

Clyde Stravinsky (a red crab) appeared on That Puppet Game Show. Red and Blue Crab and Shelley Spanks (a blue crab) are panelists on No, You Shut Up!.

A red crab appears in The Happytime Murders performed by Brian Henson. He is seen in a trash can on the beach. 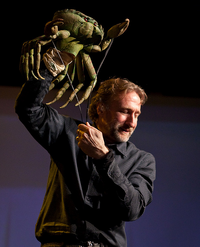 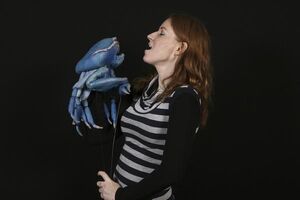 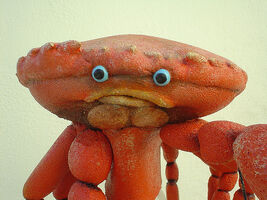 The red crab puppet
Add a photo to this gallery

Retrieved from "https://henson-alternative.fandom.com/wiki/Crabs?oldid=9778"
Community content is available under CC-BY-SA unless otherwise noted.