Bobby Vegan is a renowned entertainer and the star of the series Tinseltown. Bobby, a homosexual pig, is an outspoken and struggling entertainer living in Hollywood with Samson Knight.

Bobby is in a committed and loving relationship with Samson, a bull who also serves as his manager. The couple has a foster-son named Foster. Bobby and Samson met in the early '90s when Bobby was a guest on a radio program Samson was hosting. The committed couple expanded their family several years later when they brought Foster into their home; Bobby chose to name him Foster in order to always remember where he came from.[1]

Bobby's best girlfriend is Lena, who is Samson's ex-wife from the days before he realized he was, as Bobby put it, "swinging the wrong way".[1]

Bobby enjoys a few cocktails now and again and occasionally "self-medicates" with Vicodin. When asked about the rumors of a chemical dependency problem Bobby replied, "it's a rumor? I can just tell I have one, it's not a secret."[1] Bobby admits to being "smashed" 17 out of 24 hours a day; however to avoid drinking and driving, Samson insists that Bobby uses a driver and as such the actor employs a personal driver.

Bobby starred in the 2007 pilot for a spoof celebrity-reality show, entitled Tinseltown. While the series was not picked-up the characters of Bobby and Sampson continued to live on in other Henson Alternative productions. The couple hosted a special tour video created for the "Adventures by Disney" tours of the Henson Studio lot. In the video Bobby and Samson provide an overview of the history of the facilities. The characters returned in 2010 for the stage show Stuffed and Unstrung. The duo served as the show's producers and were heavily featured in the show's promotional materials and new media campaigns; including an appearance on Last Call with Carson Daly.

Bobby Vegan is a live-hand puppet, Barretta was assisted performing him by Michelan Sisti in the Tinseltown pilot. The puppet also is similar in design to Howard Tubman from Muppets Tonight.

Bobby was born to be an entertainer. His sharp wit, timing and comedic instincts quickly launched him to stardom at a very early age. Back in 1985, at the age of twenty-one, he became America's favorite supporting actor as Robere on the hit sitcom "The Other White Meat".
Since then, Bobby has played important roles in several high profile pilots, "Robere's in the House" and "Oh Robere!" which unfortunately, were not picked up to go to series. But his time was never wasted for he also performed many memorable walk-on roles in acclaimed cable shows including "Yo Yo Here We Go", "Here We Come!" and "Bellies Up." Two of these roles were extended to a second episode!
In between engagements, Bobby loves to host important charity fundraising events. (Interested parties should contact his manager.)
Bobby lives in West Hollywood with his life partner and manager, Samson Knight. Together they are raising Foster, their thirteen-year-old foster son. Of love and life in Tinseltown, Bobby says, "Life is wonderful. I'm still in love. I'm a Daddy. What more could I ask for?...Oooh! A private jet!"[2] 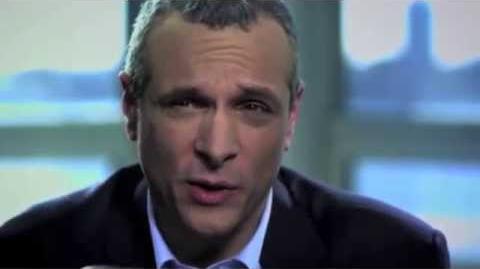 Puppet Up Pitch - No... not those guys.
Stuffed and Unstrung promo 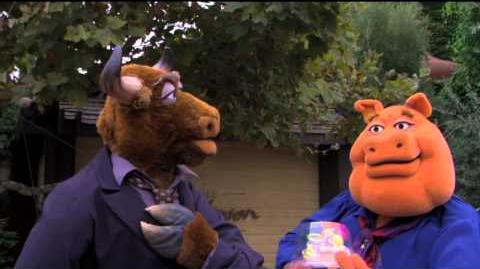